Here we are experimenting with different kinds of stuff and in its course we have a got a whole bunch of facts that we will be posting in upcoming days.
These are going to be short posts with the calibre of  great entertainment.

So behold these amazing facts and try hard to hold on to your socks!

1. During his presidency, John F. Kennedy never once collected his salary of 150,000 Dollars. He donated his whole share to charity.

2. Aerogel also known as  frozen smoke is the world’s lowest density solid being made of 95-99% of air. It not possible to see or feel it but it can support four thousand (4000) times its weight. 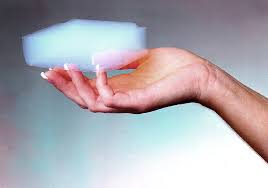 3. Snoop Dogg has released a smokable book called Rolling words that has pages which can be ripped and smoke. This book consists of  lyrics from his own songs.

4. There is a skyscraper in New York city with no windows . It is located at 33 Thomas Street.

5. It is estimated that the world’s Helium supply will run out with the next 25-30 years.

These were the five facts and they definitely knocked my  socks off when I came across them!
Hope you guys enjoyed a lot and had fun reading those facts!
I would highly appreciate it if you share it with someone who might be interested.

Comment below which of these facts knocked your socks off!

P.S. : Most of these facts have been encountered by me in course of reading this book of my favourite YouTuber  Matthew Santoro‘s recently released book:

Follow this blog, if you haven’t done already and don’t forget to give a thumbs up if you liked it!

Meet you guys again in our next article.

Till then cheers guys! Have a good one!

12 thoughts on “5 Amazing Facts To Knock Your Socks Off”